Sales up in the Georgian Triangle 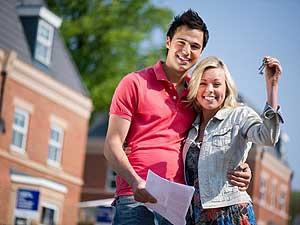 Residential sales recorded through the MLS® System of the Georgian Triangle Association of REALTORS® came in well above levels from a year earlier in July 2013.

“Housing demand has been on the rise in recent months, and is now sitting at record levels,” said Andres Paara, President of the Georgian Triangle Association of REALTORS®. “Not only was it a record for the month of July, it was actually the third best sales figure for any month in history.”

A total of 1,092 homes have traded hands so far this year. This stands six per cent ahead of the sales in the same period of 2012, and remains on track to be the best year on record.

New residential listings numbered 426 units in July 2013, up six per cent from a year earlier.

There were 1,615 active residential listings on the Association’s MLS® System at the end of July 2013, down 10 per cent from year-ago levels. Inventories have been declining steadily since peaking in late 2011.

The value of all residential transactions in July was $61 million, up 17 per cent from a year earlier. This was an all-time record – the first time that the dollar value of homes sold through the MLS® System of the Georgian Triangle Association of REALTORS® has ever topped the $60 million mark.

Sales of all types of properties numbered 227 units in July, an increase of 22 per cent compared to the same month in 2012. The total value of all properties sold in July 2013 was $67.4 million, rising 17 per cent from last July.