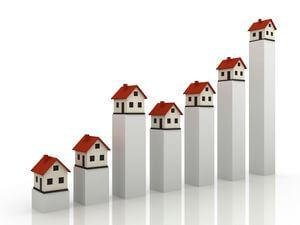 Residential sales recorded through the MLS® System of the Southern Georgian Bay Association of REALTORS® came in just below year-ago levels in December 2015.

Home sales numbered 157 units in December, just three sales shy of the record for the month set in December 2014.

The Southern Georgian Bay Association of REALTORS® comprises two distinctive markets. Home sales in the Western District which includes Wasaga Beach, Collingwood, Clearview Township, the Blue Mountains, Municipality of Meaford and Grey Highlands edged up 2.8 per cent on a year-over-year basis to 110 units in December 2015. This was the best December in history. On an annual basis home sales posted the highest level on record. Numbering 2,099, home sales were up 7.1 per cent from 2014.

Home sales in the Eastern District encompassing the Towns of Midland and Penetanguishene, the surrounding communities of Elmvale, Port McNicoll, Victoria Harbour, Coldwater, Port Severn, Honey Harbour and Tiny, Tay, Springwater, Oro-Medonte, Severn and Georgian Bay Townships totaled 47 units in December. This was a decline of 11.3 per cent from December 2014 but still above average for the month. On an annual basis home sales came in 19.3 per cent ahead of 2014. Numbering 1,058, 2015 marked an eight-year high for annual home sales.

“2015 was the best year ever for the local housing market, and those same sales and price trends look set to continue into 2016,” said Kevin Woolham, President of the Southern Georgian Bay Association of REALTORS®. “As with many other parts of the province, record levels of demand are draining listings off the market far faster than new supply can replenish them, and with more buyers chasing fewer listings you get the kinds of price gains we saw in 2015.”

The number of new residential listings in December 2015 was 177 units, falling 34.4 per cent from a year earlier to the lowest December level in more than a decade. The majority of this decline stems from a shortage of new supply in the Western District.

Overall supply remains at a decade low. There were 918 active residential listings for sale on the Association’s MLS® System at the end of December 2015, down 38.6 per cent from year-ago levels.

The value of all residential transactions in December was $51.7 million, up 3.8 per cent from a year earlier. This was the best December on record and marked the first time volumes had surpassed $50 million in this month.

Encompassing several communities along the shores of southern Georgian Bay, approximately 1½ to 2 hours from the Greater Toronto Area, the area is one of Canada’s premier four season recreational playgrounds.