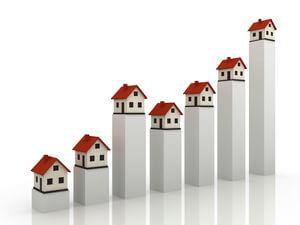 Residential sales recorded through the MLS® System of the Southern Georgian Bay Association of REALTORS® came in above year-ago levels in January 2016.

The Southern Georgian Bay Association of REALTORS® comprises two distinctive markets. Home sales in the Western Region which includes Wasaga Beach, Springwater, Clearview Township, Collingwood, The Blue Mountains, Municipality of Meaford and Grey Highlands were unchanged on a year-over-year basis at 96 units in January 2016. This was tied with last year as the third best January on record.

Home sales in the Eastern Region encompassing the Towns of Midland and Penetanguishene, and the Townships of Georgian Bay, Severn, Oro-Medonte, Tay and Tiny totaled 58 units in January. This was an increase of 48.7 per cent from January 2015, and the best January in over a decade.

“With sales still running near record highs and supply having fallen to near record lows, the market is historically very tight,” said Kevin Woolham, President of the Southern Georgian Bay Association of REALTORS®. “That means price growth will likely heat up again heading into the spring and summer.”

The number of new residential listings in January 2016 was 315 units, falling 12.3 per cent from a year earlier to reach its lowest reading for the month in more than a decade. The majority of this decline stems from a shortage of new supply in the Western Region.

Overall supply remains at a decade low. There were 859 active residential listings for sale on the Association’s MLS® System at the end of January 2016, down 37.7 per cent from year-ago levels.

The value of all residential transactions in January was $49.8 million, down 9.7 per cent from a year earlier. This was the best January on record.

Sales of all types of properties numbered 168 units in January, an increase of seven per cent compared to the same month in 2015. The total value of all properties sold in January 2016 was $53.3 million, up 1.7 per cent from January 2015.

Consult your Local REALTOR® for market conditions and home value information specific to your neighbourhood. Our REALTORS® live, work and play in Southern Georgian Bay and have the local knowledge you simply need to know!

Encompassing several communities along the shores of southern Georgian Bay, approximately 1 1/2 to 2 hours from the Greater Toronto Area, the area is one of Canada’s premier four season recreational playgrounds.

The Southern Georgian Bay Association of REALTORS® represents an estimated 500 REALTORS® registered with its member offices. The geographical area served by the Association includes the Towns of Midland and Penetanguishene, the Townships of Georgian Bay, Severn, Oro-Medonte, Tay, Tiny and Springwater, Wasaga Beach, Clearview Township, Collingwood, The Blue Mountains, Municipality of Meaford and Grey Highlands.